Who you hire to sell your house matters - part 4

Who you hire to sell your house matters - part 1

Who you hire to sell your house matters - part 2

Who you hire to sell your house matters - part 3

This is another installment in continuation of a series of blog posts where I compare selling the same model by different agents and getting different results.  This is part 4 of the series of case studies.    The incorrect belief out there is that homes sell themselves in a hot market.  Agents make no difference in the final pricing.   The results of these 4 case studies say something else.

Here are the previous three posts and case studies listed above.    It is very rare to have all of the conditions and tight time connections  co-existing  to be able to study multiple transactions of the same model under almost identical conditions.  But we were lucky enough to be able to identify and track such occasions.

The model  is in the Autumnvale HOA community in Berryessa area of San Jose.

There is another unit which sold later for more than these units.  But that one cannot be used for comparison as it is more than 200 feet larger,  has an additional 1/2 bath and a side-by-side garage.  A completely different model and layout.  Apples and Orange. 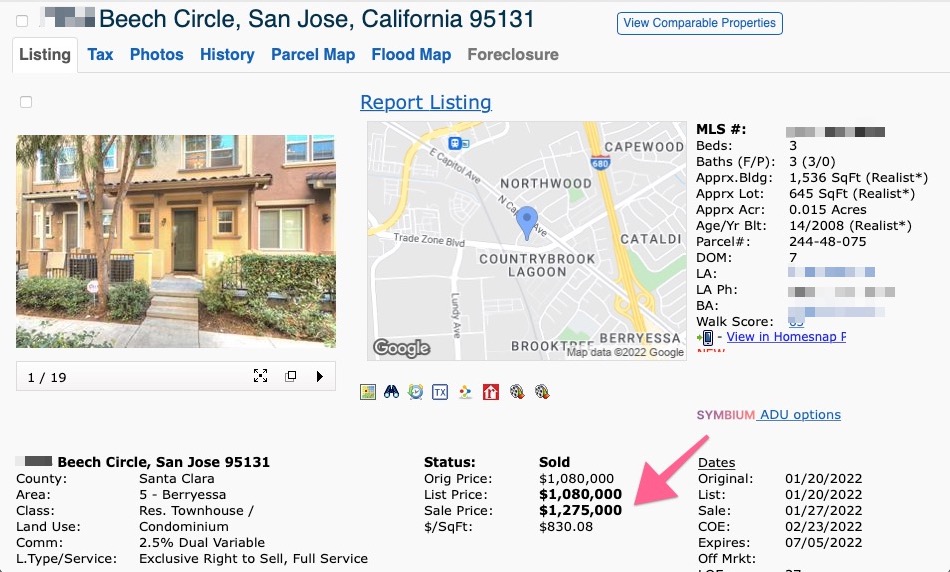 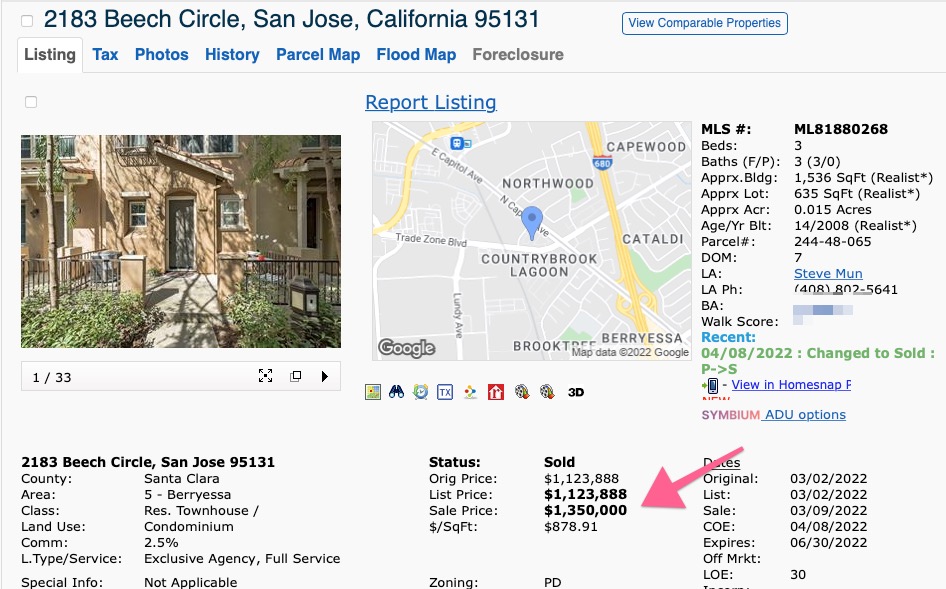 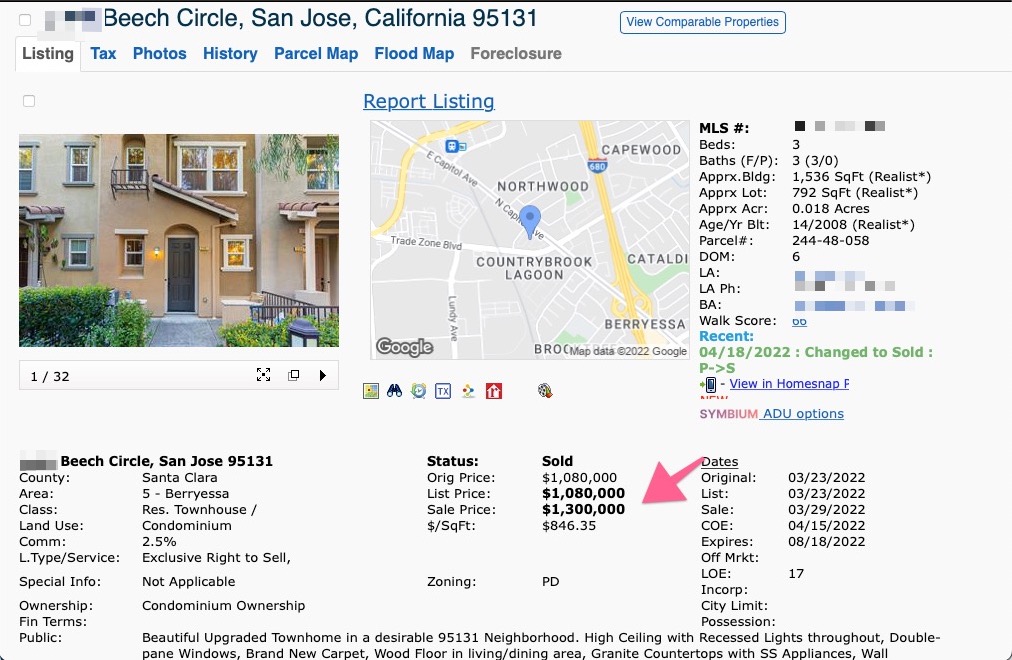 The second unit indeed closed higher at $1.350M (mine).  Again, this new baseline would help  the upcoming listing  benefit by pushing buyers to be more aggressive and also helping with the appraisal value to justify the offer price.

Given that all three units were identical in layout and size as well as all being updated recently and all in contract within 7 days on market.   All  the listings had multiple offers as well.   Everything else was nearly identical.  The only differences were the negotiation skills and experiences  of the listing agents.    Even distance wise, the three units were within 50 feet of each other.   Truly apple to apple comparison.

In today's hot market, getting a record  price  can happen accidentally.   A great agent doesn't do it accidentally, but has a system in place to do it repeatedly and consistently.   The four case studies above, located in different communities with different types of properties reveal when a system is in place, results can be predictable when the strongest negotiator is  on the job.   Who you hire to sell your home does matter in the end to you and your neighbors.

Agents can try to explain away why their units got $50K and $75K less for the identical units.   In the end, sellers are not interested in reasons/excuses.  All they care about or remember is:  how much more  I got than my neighbor.   Nothing else will be remembered in the long run.   Making a wise decision can mean the difference ,in this case,  ranging from $50-$75K.