Who you hire to sell your house matters - part 3

Who you hire to sell your house matters - Part 1

Who you hire to sell your house matters - Part 2

This is a question or misperception that is out there floating around in the real estate space:  In a hot market, it doesn't matter who you hire.  The property will sell itself.

Sounds logical, but again and again sales data tell a different story.  I prefer to rely on data rather than perception floating around out there.

I have laid out case studies in the past demonstrating that two identical condos selling for vastly different prices right here in this blog.   See here.    Then a follow up case with identical layout in part 2.   See here.

Well we have another opportunity to demonstrate the same again.  Let me layout the scenario.

This is in a community called Miraval Condos in Rivermark Santa Clara.   A  unique feature  about this community is that the top floor units (can be 3rd or 4th floor) have tall ceilings (18ft) in the living room which make them stand out compared to the normal 9 ft ceiling.  This is a feature that buyers seek out for obvious reasons.  So it is only accurate to compare top floor units to other top floor units as they tend to sell for higher prices.

For privacy reason, I will not identify the other agents.   The facts are as follows:

1. Both are 1 bed 1 bath units with 865 sq. ft. of living space with 18 ft ceiling
2. Both are facing the interior of the community, so no noise related or other issues to make one unit stand out over the other
3. Both units were not on the market at the same time competing (mine first); the other unit came out when mine went into contract
4. Using the SMG Concierge program, we updated my unit in an effort to maximize buyer interest (cost $28K)
5. My unit sold and set the highest price for a top floor 1/1  unit (since 2018) - this was the new baseline for subsequent sellers in 2022
6. The other unit was also a top floor unit, but they did not upgrade since mine had set the new baseline
7.  Because mine went into contact first with multiple offers, all the losing buyers got the chance to bid for the other unit a week later
8.  My unit sold for $58K more than the identical second unit. Even if we take into consideration the upgrade cost, we still brought in $30K more for the same unit
9. Interestingly, a third unit (minus 18ft ceiling) came on market after at the same time as the second unit.  That one faced the parking lot so had some noise issues but was updated compared to the second unit
10.  The unit facing the parking lot with 9ft. ceiling sold for $8K more than the most desired top floor feature. Updates can be done, but you can't add 9ft to your ceiling 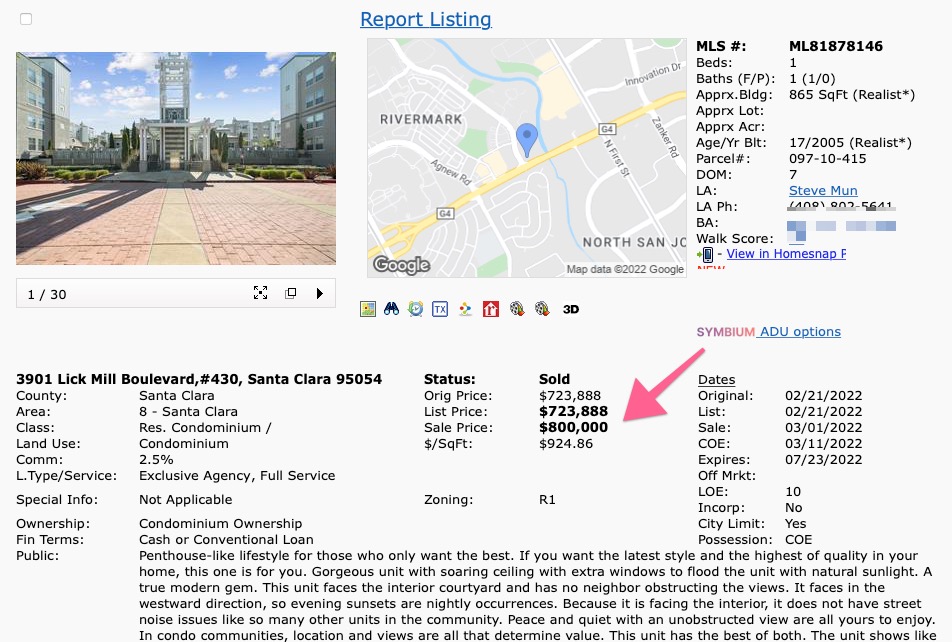 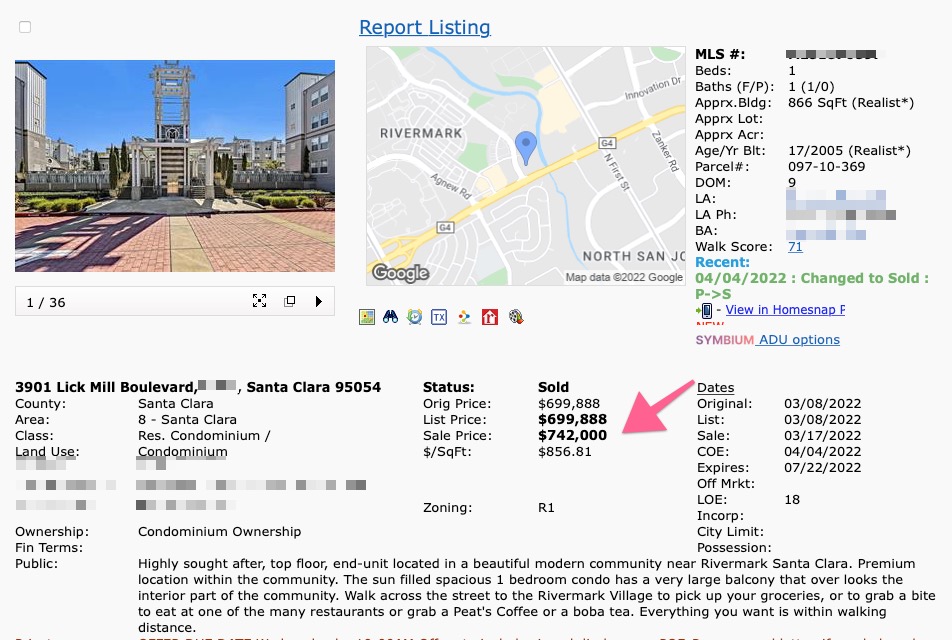 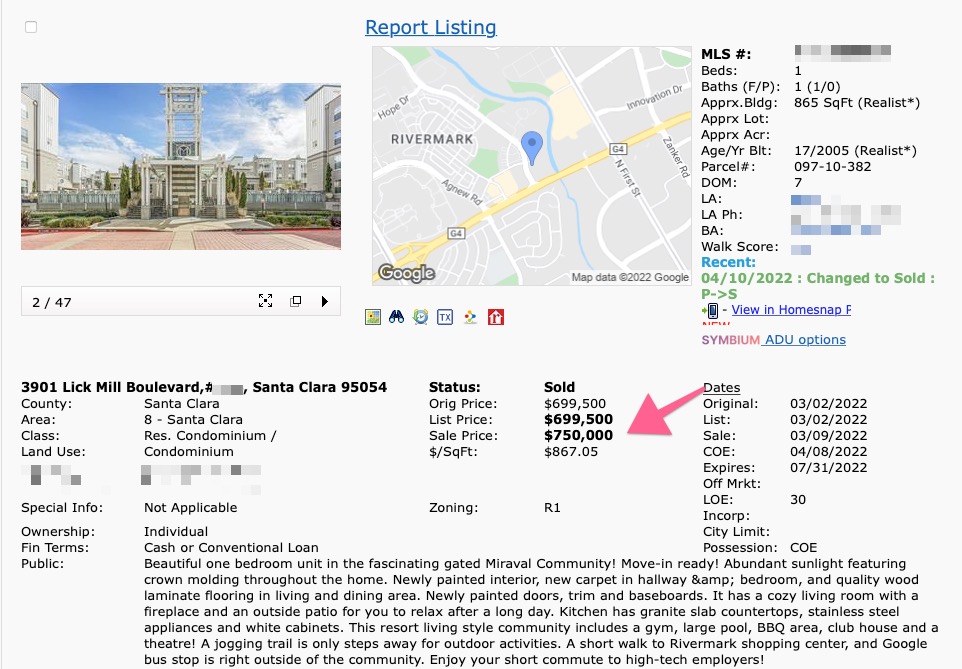 Three 1/1 units of the same size all getting into contract within two weeks of each other.  Usually the units that sell later do better in pricing due to new baselines being set by previous selling agents.  Yet here, the first one sold for significantly more than the units which followed.

Yes, the agents can nitpick all types of excuses about why they got what they got.  The sellers don't care about the explanations/excuses.  All that mattered in the end was:  how well was the deal negotiated and how much more money got put into each seller's pocket?   Negotiation skills are what yield different results and how agent's skills should be measured.  How else can you explain a unit with the highly sought 18ft ceiling selling for less than the noisier parking lot facing unit?

Who you hire matters to your pocketbook.